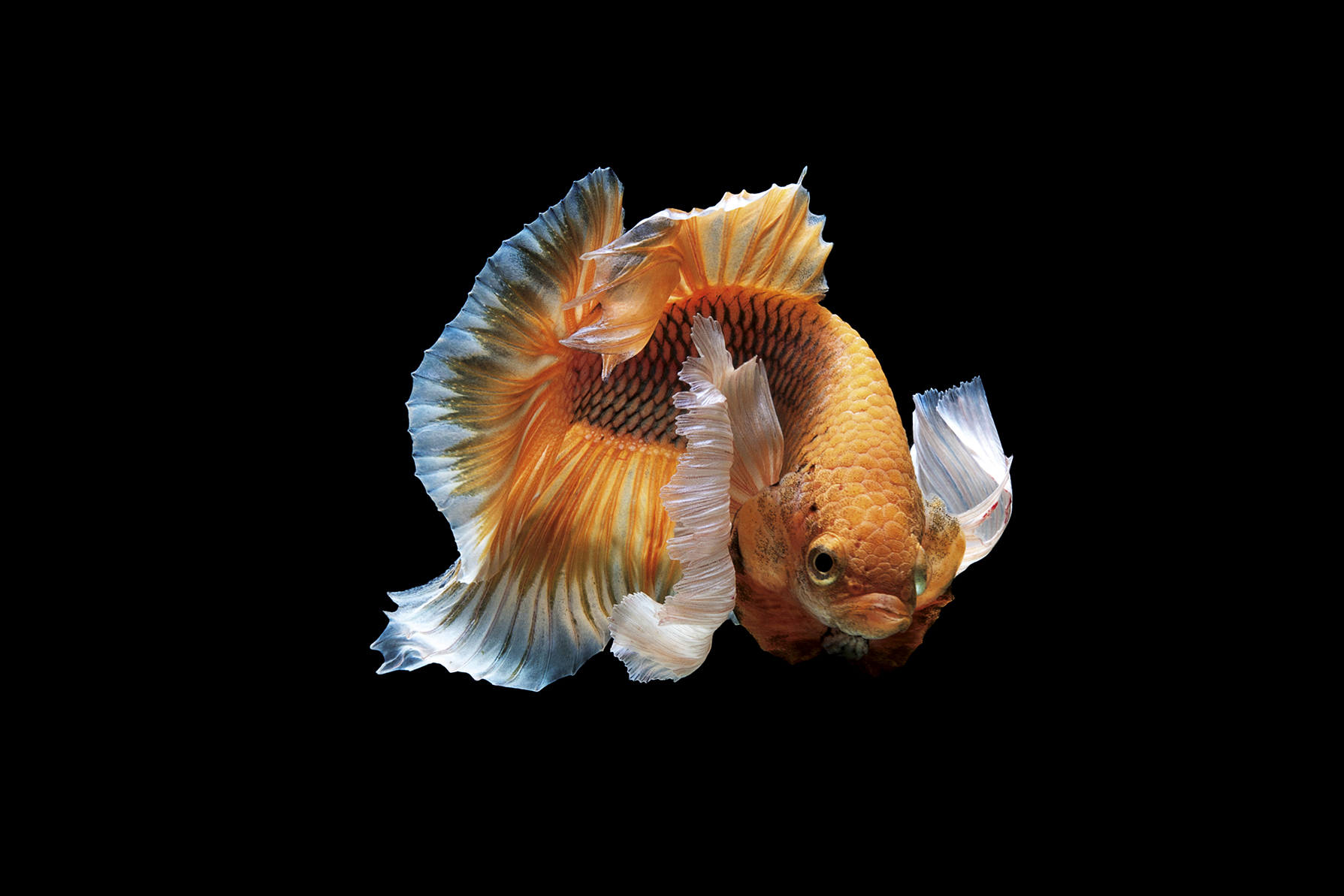 Wild bettas are not very popular aquarium inhabitants. They are neither easily available nor well known. Bettas are usually associated with Betta splendens. There is a lot of reason for this, because it was the wild form of this species that was used centuries ago to create the commonly known today’s breeding form with countless color varieties and various shapes of elongated fins.

It is almost certain that the blood of another species from the “splendens” variety (which includes B. imbelis, B. mahachaiensis, B. smaragdina, B. siamorientalis) was used to create the breeding varieties we know today. These fish cross relatively easily, which made breeding work possible.

Originally, since the mid-nineteenth century, when betta battles became popular in Thailand, these fish were raised to be aggressive. Bettas for fighting were selected on the basis of their fierce nature. The audience loved betting on the result of these fights. The Siamese were as excited about betta battles as their neighbors, Malaysian, about cock fights. It became so popular that the king ruling at the time, who became interested in these fish himself, regulated and taxed the bets. The Siamese were betting vividly on the results of these battles, sometimes putting all their money at stake.

These fish were short-finned forms, called “plakat”, from the Thai “pla kad” (Thai: ปลากัด) meaning “biting fish”. Probably in the 1920s, the first ornamental fish with veiled fins, which we know well to this day, came to Europe.

Few people know that Betta genus includes several dozen species, inhabiting a variety of environments, and new ones are still being described. Wild bettas can be found in streams, forest puddles, swamps, irrigation ditches, rice fields and even in brackish environments. B. mahachaiensis, for example, lives in coastal wetlands covered by the Nypa fruticans, commonly known as the nipa palm.

Sizes of wild bettas range from 3 cm (B. api, B. brownorum) to even over 10 cm (B. macrostoma, B. unimaculata). Wild bettas are less aggressive that their breeding forms. That is why it is possible to keep more specimens in a suitably large and biotope-organized aquarium. Such a tank should have leaves on the bottom and underwater and floating plants.

Some bettas build nests of foam and parts of plants under which spawning takes place. The laid eggs are then carefully collected to the mouth and placed in the nest where the larvae develop. The fry of these species are so small that protozoa, which is their first food, are hardly visible to the naked eye.

There are, however, species which, like many cichlids, are mouthbrooders. The spawned eggs in these cases are taken to the mouth by the male. He incubates the eggs and larvae until the fry start to swim freely. B. brownorum manifest two forms of care for the eggs and the offspring. However, it is not clear what mechanism determines the choice of a specific reproductive strategy.

Offspirng of mouthbrooders are usually larger than those raised in nests. Therefore, micronized dry food in the form of fine dust, e.g. Micro-vit Hi-Protein or Pro Defence Micro, can be successfully used for their feeding. It is important to feed them more often, but in small portions. In the first period of their life the fry of all bettas are extremely sensitive to water quality and temperature. The temperature of water and the air above should be the same to prevent colds of labyrinth organ in developing fish. Thanks to it, these fish are able to draw oxygen from the atmospheric air. After this critical period, young fish grow rapidly. Provided they are given access to a varied diet, consisting of high quality ingredients. Most species reach sexual maturity at the age of 5-6 months.

It should be remembered that many of these species are on the verge of extinction. Due to the destruction of habitats caused by expansion of cultivated and residential areas, the situation of these fish is critical. Wild bettas are forced to move or die. However, some populations are found in exceptional, highly restricted habitats and their relocation is impossible. This is why projects aimed at field research, the creation of reserves and the reproduction of wild populations are so important, and to the extent possible, introducing them into areas where they still have a chance to revive.