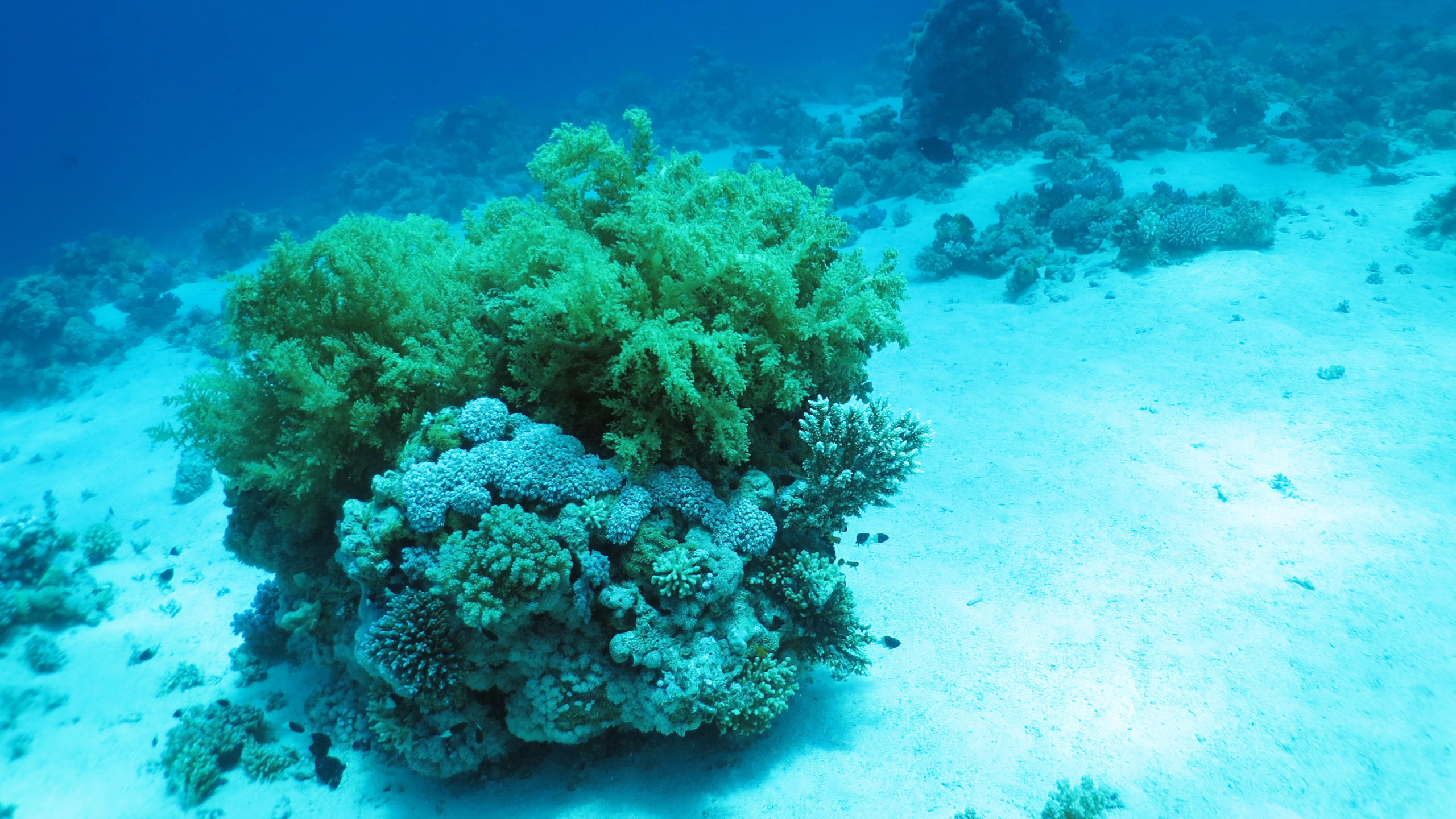 The rock is the base of coral reefs, because corals (with single exceptions) do not grow on sand. This principle works the same way in a reef aquarium. If you want to have corals in the aquarium, you need rock. And it cannot be any rock because in a marine tank it is something more than just a decorative element. Paradoxically, the reef rock is made up of dead skeletons of stony corals that have been growing and dying for millions of years, giving room for new coral growth. Yes, corals in nature grow on the skeletons of their ancestors. This process has been going on for thousands of years and that is why coral islands are said to grow. Live rock, however, is not the only type of rock that is used in a marine aquarium.

Types of rock in marine aquaristics

Until fifteen years ago, practically the only rock used by aquarists in marine aquarium was the natural reef rock, popularly known as “live rock”. It was imported from Indonesia where it was more or less legally sourced. Most often, however, obtained during regulation of the coastline. It was very expensive, which is understandable given its weight and transport through half the world. To this day, natural rock is probably the best option for a reef aquarium due to the best biofiltration possibilities.

The rock that goes into the aquarium straight from transport is called “freight rock”. It does not smell good and causes long and stormy cycling of the aquarium. But in return it offers something that no other rock offers. The main advantage of such a rock is the diversity of life and numerous bonuses such as corals, crustaceans and mussels. Of course, if they survived the trip by air (immersed in water to reduce weight) or by ship (in water of dubious quality). Together with the rock we introduce natural (and very desirable) strains of bacteria into the aquarium. Such a rock is very porous and has a huge area in relation to its volume. Therefore, it is an excellent place for bacteria to settle. These bacteria have a great influence on the self-purification process in the aquarium water.

Unfortunately, sometimes instead of interesting bonuses you can get a lot of unwanted passengers such as predatory crabs. In addition, due to the presence of dead animals and plants, such a rock gives off nitrates and phosphates to water for a long time, prolonging the fight against algae and other plagues.

Preparation of the freight rock

The freight rock that comes into the shops has to be cycled due to the large amount of dead organic matter and the rotting processes. This means that it lies in containers with salt water for several weeks before it is sold. During cycling, the rock gets rid of dead organic matter and chemical impurities such as nitrates and phosphates. So the quality of a “live rock” varies, depending on how much effort the vendor put into cleaning it up.

Today, the popularity of freight rock is decreasing for several reasons. Firstly, there are restrictions on the export of natural reef rock, which increases its price. Secondly, today aquarists prefer to decide for themselves what grows in their tanks. Also, the choice of living organisms in shops is greater, which makes this type of rock less common. Thirdly, there is a number of substitutes for live rock, even if they do not have such high filtration properties. Artificial rocks look very natural and give more possibilities to create nice structures under corals (aquascaping).

Despite the undoubted advantages of natural coral rock, such as biofiltration of water, it has several disadvantages. I’ve already mentioned its high price and unwanted passengers. But there is also the issue of the size and shape of live rock pieces. What we get from the shop usually requires dexterity and ingenuity in installing interesting rock constructions in the aquarium. An aquarium hobbyist who builds a rock skeleton for his corals will usually need flat pieces of rock, which he will lay in the shape of coral shelves. In case of lack of such pieces (which is quite frequent), it will be necessary to cut and glue the rock, which requires skill and experience.

Due to the fact that marine aquaristics has become a popular hobby over the last several years, many aquarists have the opportunity to get rock from other lovers of this hobby. This is a very popular method of getting live rock for a new marine aquarium. This not only saves natural resources, but also helps to get interesting animal varieties in a cheaper way than from a shop, because such a rock contains a lot of life.

Living rock from secondary trading appears on the market because aquarists who change their aquarium for smaller ones or simply get rid of them are happy to sell the rock at a good price. Often, however, if for some reason they cannot sell it, they decide to dry it. Sometimes it is simply not possible to keep it in the brine outside the aquarium for a long time. First of all, there is the need to take care of the water parameters. Secondly, dry rock is easier to store, e.g. in a loft or in a garage. Before we go back to the dry rock, we’ll discuss the artificial rock, which has become quite popular for some time.

How much live rock do I need?

If you want to keep corals in the aquarium, you are automatically doomed to have a rock. But you don’t have to have as much of it as we did ten or fifteen years ago. At that time, the rock was the basis for biological filtration and we needed about 20% of the water volume. When we search the Internet for pictures of marine tanks from those years, we see that many of them were “clattered” with rocks. In order to achieve effective filtration, aquarists put rocks into sump filters. Some people even added additional barrels with the rock itself, through which water flowed.

Today, fortunately, our knowledge of the biochemical processes in the aquarium is at a much higher level, and the equipment is much better as well. We have efficient skimmers, algae filters, bio pellets, probiotic method, bacteria and many other solutions that take over the role of aquarium water purification. All this means that with reasonable equipment and stock, the role of the rock can be minimized to the construction under corals. And therefore we need only as much as it takes to get a platform under the corals. This allows the aquarist to achieve impressive aquascaping by building light and interesting rock constructions and not worrying too much about biological filtration.

How to choose rock?

It is difficult to give the same advice to all aquarium hobbyists, because each tank is different. Good quality live rock is still the best option and I would recommend it to all aquarists. However, if for some reason you have no access to such a rock, then I would recommend an artificial rock. As for dry rock, if you have time to mature and know it is well prepared, you can take a risk. Especially if it supposed to only supplement the live rock. If you’re planning to glue rock to create sophisticated rock overhangs and shelves, artificial rock will be your best choice. Live rock can also be glued outside the aquarium. However, it is important to ensure that it does not dry out and maintains the right temperature during the bonding process.

Whatever rock you choose, be aware of its advantages and disadvantages. Additionally, when planning the stock, remember that it is not for the rock that we set up marine tanks and that growing corals will sooner or later cover it up. All in all, it all comes down to the patience of an aquarium hobbyist.