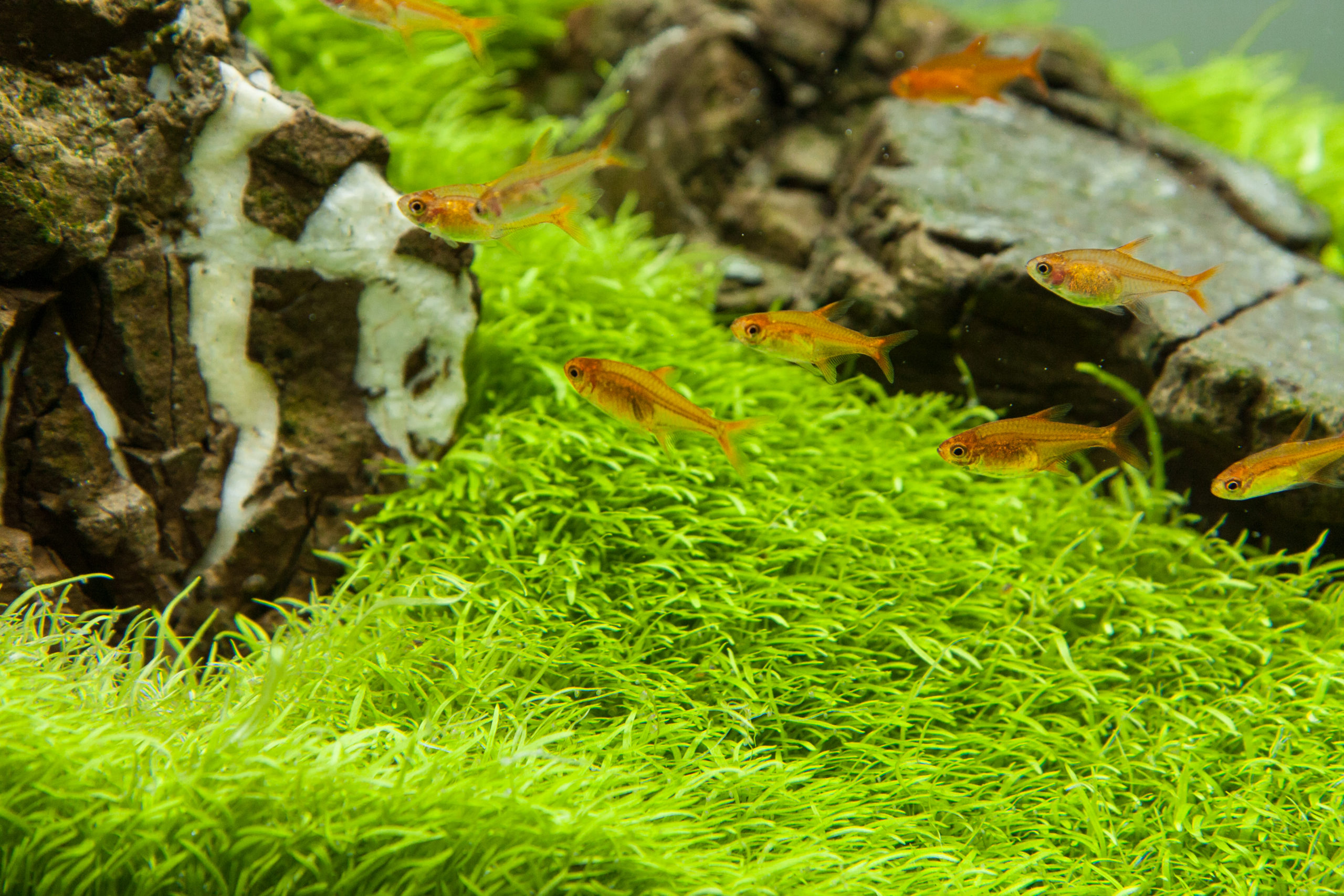 Biological filtration of aquarium water is nothing else than the work of billions of bacteria that use undesired (from the aquarist’s point of view) substances for their life processes. Without a doubt, biological filtration plays a key role in the proper functioning of an aquarium.

Contents hide
1 How do bacteria get into the aquarium?
2 Filter inhabiting bacteria
3 Suitable substrate for bacteria
4 Processes occurring in the filter
5 What harms bacteria in the filter
6 Tidiness in an aquarium is important

How do bacteria get into the aquarium?

The bacteria that thrive in the aquarium and filter come from tap water, the atmosphere, and the living organisms we introduce into the tank. How to speed up bacterial settling in the aquarium? One school of thought says that you can introduce 1-2 fish into a new aquarium, which (by excreting feces) will provide ammonium compounds. This way they will initiate and accelerate the maturation process. Others recommend leaving the aquarium unstocked and quietly waiting for the maturation process to complete. In both cases, aquarium water treatment products containing selected strains of bacteria (Tropical Bacto-Active and/or Tropical Nitri-Active) can be used to speed up the maturation of the aquarium.

Another way to do it is to transfer some of the sediment from a functioning aquarium. However, under a condition that the fish in this tank are healthy. To do this, rinse the filter material in a container filled with aquarium water, and then pour some of this water into the newly established tank or directly into the filter.

The filter needs time to mature. In aquaristics, this phenomenon is usually narrowed down to nitrification process only, which we can easily follow using aquarium tests to measure NO2– (nitrite), NO3– (nitrate) and NH4+/NH3 (ammoniacal nitrogen) concentrations. Nitrifying bacteria, which are of particular importance in aquaristics, are chemoautotrophs, which means that they produce organic substances on their own, from simple mineral compounds, using energy gained from the oxidation of inorganic substances. In this case, the energy comes from the oxidation of first ammonium ions (NH4+) and then nitrite ions (NO2–). The second important group of bacteria that settle in the filter are the heterotrophs, which need to take up finished organic matter from outside. They are responsible for the aerobic breakdown of organic matter.

The basic condition for successful biological clarification is the development of a sufficiently large mass of micro organisms in the aquarium. Therefore, it is necessary to create a suitable environment for bacteria to live and grow. For this purpose, filter cartridges with a large specific surface area are used. Sponge, fleece or Perlon wool can be used as cartridges in both mechanical and biological filters as they provide a good substrate for bacteria to settle. However, most often ceramic cartridges are used. When choosing ceramics, it is worth paying attention to the specific surface declared by the manufacturer.

The larger it is, the more tiny tubules and pores there are in its structure. And this is where anaerobic bacteria will develop over time. This creates a complex bioreactor in the aquarium, in which both aerobic and, to a small extent, anaerobic processes are carried out by a diverse bacterial flora and a number of other microorganisms that interact with each other and purify the aquarium water.

Processes occurring in the filter

The course of nitrification and aerobic decomposition of organic compounds is influenced by such parameters as: dissolved oxygen concentration in water, availability of nutrients (including nitrogen and phosphorus), level of total organic carbon (OWO), presence of toxic substances, water reaction and temperature. The processes carried out by the bacteria in the filter result in water contamination by metabolic products, which is manifested by an increase in the concentration of total organic carbon (TOC). The filter is also an additional source of bacteria that, along with the purified water, find their way into the aquarium. Despite these drawbacks, biological filtration is essential in an aquarium.

What harms bacteria in the filter

We can harm the bacteria in the filter if we use germicides in the aquarium when treating the fish. You will also get rid of some of them when you periodically flush the filter. The repeated recommendation in various aquarium publications to rinse sponges in aquarium drain water, although justified in theory, does not work at all in practice. I don’t know any experienced aquarist who uses this inefficient method of cleaning filter media. Warm running water works best for rinsing clogged sponges.

Tidiness in an aquarium is important

Furthermore, it is often forgotten that the organic matter stored in the filter and the bacteria living there consume large amounts of oxygen. A neglected tank, a bottom that isn’t desludged, a dirty filter, they are always the beginning of disaster. Especially when there is a power outage while we are away or for some other reason the water stops being oxygenated. Therefore keep your aquarium clean.

How does nitrification (nitrogen cycle) in an aquarium proceed?