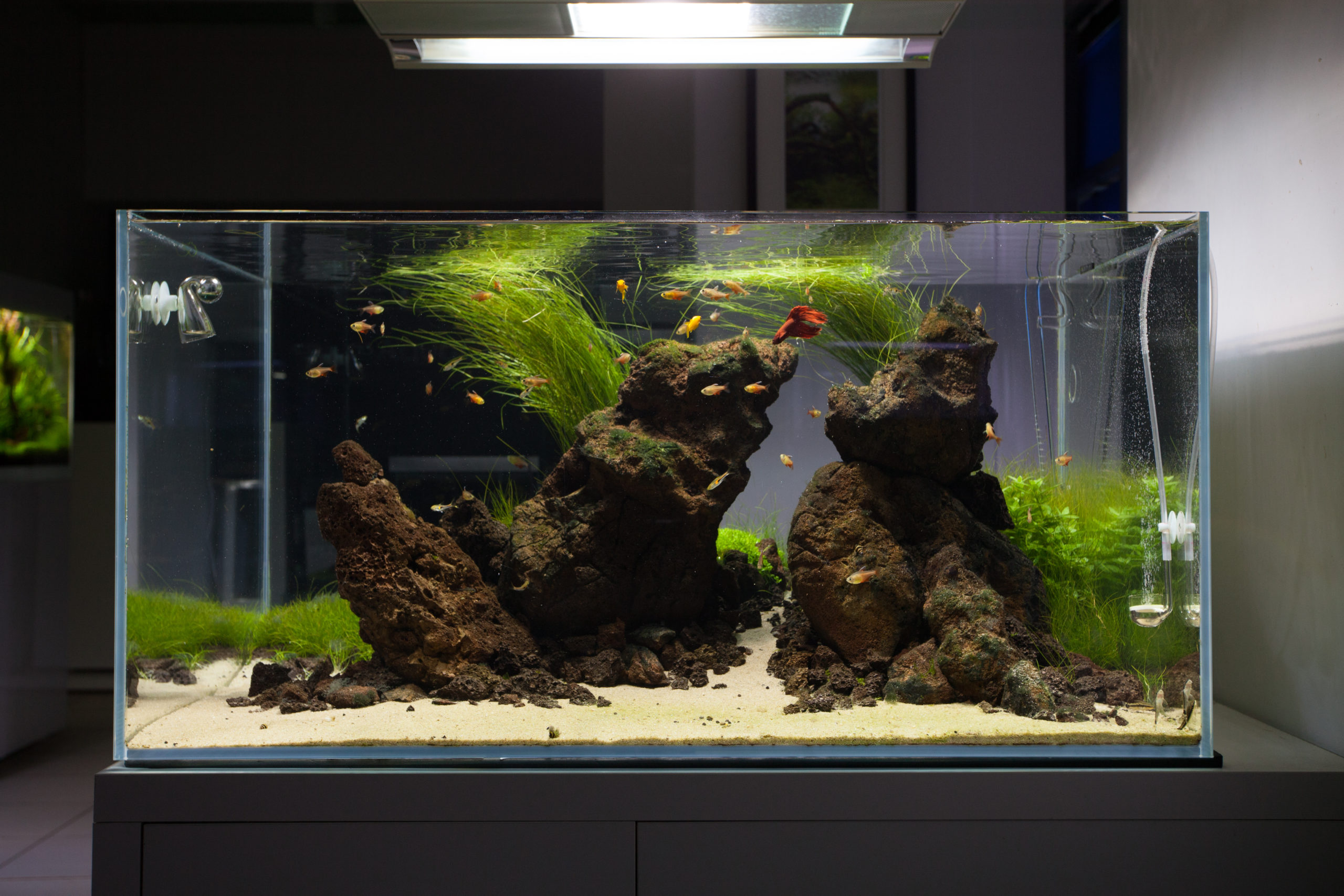 Every person starting their aquarium sooner and later comes across terms “mature aquarium“, “biological balance” or “nitrification process“. They are all related to the bacteria inhabiting the aquarium.

First days of the tank

Aquarium setting may seem easy. You might think that it’s enough to put the substrate into the aquarium, plant the plants, pour water over it all and then let the fish in. But this procedure carried out by beginners usually leads to huge problems with the tank, disappointment and eventually giving up the aquarium.

The first 3-4 weeks of aquarium life is the maturation time during which the tank is being inhabited by beneficial bacteria which establish the biological balance. Undoubtedly the most common mistake made during this period is introducing the fish into the aquarium. Due to undeveloped bacterial flora the quality of water deteriorates quickly. Ammonia and nitrite, which are highly toxic to fish, appear in the aquarium.

After flooding the new aquarium with water and starting up the technical equipment, the water needs to be conditioned. Firstly use Antychlor that quickly neutralizes chlorine, which is poisonous and dangerous to aquarium fish, but always present in tap water disinfected with chlorine compounds. Then, after a dozen or so minutes, add Esklarin with aloe which binds heavy metals and effectively conditions the water, making it friendly for water organisms.

Instead of these two products, you can use Supreme, which neutralizes chlorine and heavy metal salts and treats water at the same time. Thanks to aloe vera extract, it has an anti-stress effect, soothes abrasions and accelerates the regeneration of damaged epidermis, reducing the risk of inflammation.

Although there are no fish in the tank yet, treat the water to pour Tropical Bacto-Active and Tropica Nitri-Active into the aquarium the next day. Tropical Bacto-Active is composed of various strains of saprophytic bacteria, responsible for the decomposition of organic matter. Thanks to their work, nitrifying bacteria settle faster in the new aquarium and the biological balance can be established in a shorter time. Tropical Nitro-Active contains selected strains of nitrifying bacteria that occur naturally in aquariums.

The use of both products accelerates the maturation of the aquarium and allows you to let the fish in faster. However, do not let in all the planned stock at once. The simultaneous introduction of large numbers of fish into an immature tank will result in a rapid accumulation of organic matter from their feces and food leftovers. By decomposing this waste, bacteria will release nitrogenous compounds toxic to fish into the water. If the tank was mature, nitrifying bacteria would start to act quickly and convert these undesirable substances to relatively safe ones. Unfortunately, in an immature aquarium, where there are not yet enough nitrifying bacteria, this reaction sequence does not run as smoothly, which poses a threat to fish’s health.

How does nitrification (nitrogen cycle) in an aquarium proceed?

Aquarium maturation – how to set up an aquarium without problems?