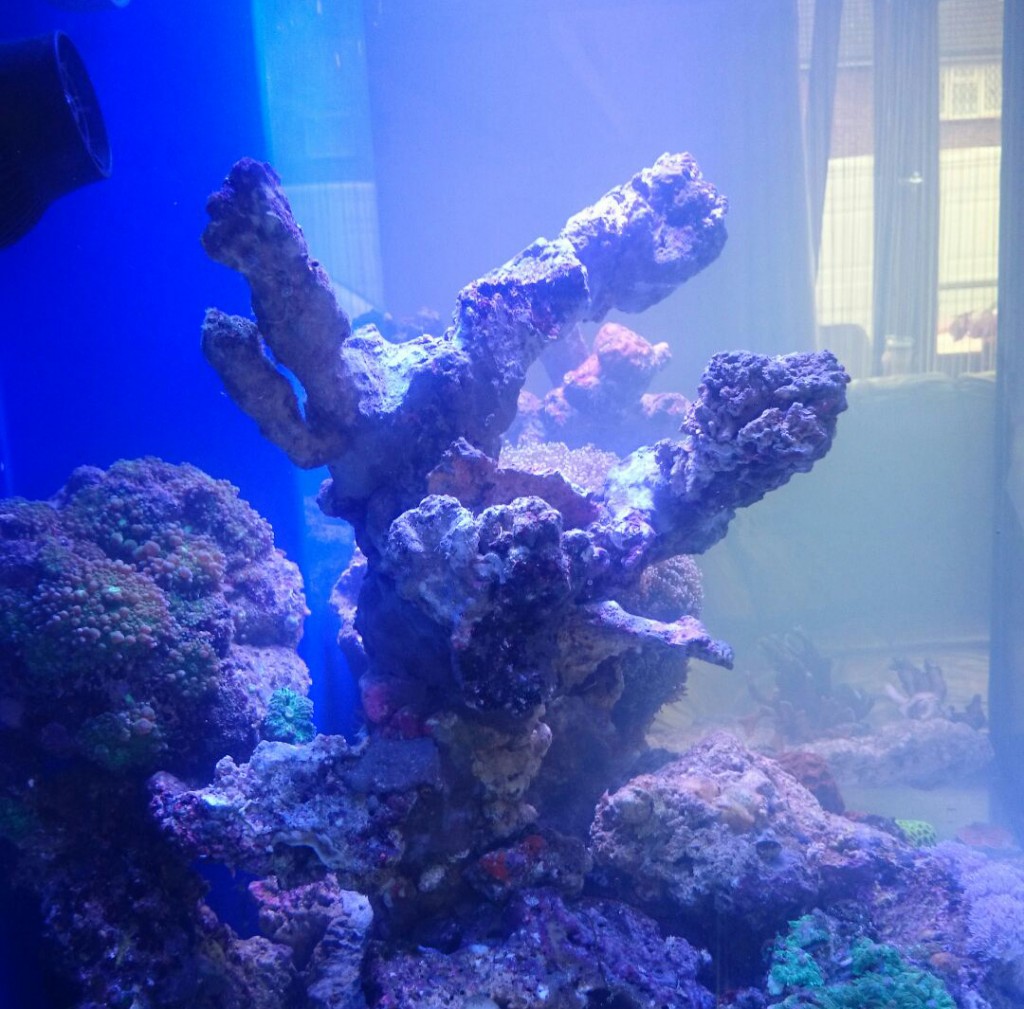 Aquarists quickly came to the conclusion that living rock is expensive and started looking for alternatives to replace it. That’s how an artificial rock appeared in the marine aquarium. Portland cement was used for its production, which after solidification relatively quickly stabilized the water parameters in the marine tank. However, the artificial rock produced this way was heavy and lacked pores.

In order to obtain porosity, the producers started to mix cement with coral sand and salt. After solidification, the rock was put into water, in which the salt dissolved, leaving the pores in the rock. This way, its weight was also reduced. Later on, even more efficient methods of obtaining porosity were used. Another, slightly more complicated way of producing artificial rock was (and still is) obtaining ceramic rock by firing clay at high temperature.

Both methods have the advantage that you can form any shape of rock, or even entire rock structures. As a result, rocks with shapes almost ideal for placing corals on them have appeared on the zoological market.

Advantages and disadvantages of artificial rock

The artificial rock used in the aquarium is not as porous as natural rock. However, after a sufficiently long period of maturation under appropriate conditions, it will eventually be settled by the bacterial flora and microfauna. The two biggest advantages of artificial rock are the freedom of shape and the absence of any unwanted organisms that could end up in the aquarium. However, it must be remembered that artificial rock in an aquarium has a limited biological water purification capacity compared to living rock. It used to be a big problem, but today with modern technical solutions available for marine aquaristics, it is possible to maintain the high water quality in the aquarium in a different way.